Recently I watched Unforgettable, starring Rosario Dawson. In the film the ex-wife is undoubtedly a villain and she makes it known as soon as she walks on the screen. I would refrain from sharing my thoughts on the film as a whole but for me the villain was pretty one note. This got me thinking, what makes a great villain?

I’m a firm believer that the antagonist is the most important character because he or she makes the protagonist act. I’ve always been most intrigued with villains and wondered what makes them effective. In the case of Unforgettable, the villain’s motive is essentially​ to just be crazy. I fired up two movies that I feel presented an effective villain and tried to break down what makes them so interesting. What is the major factor in creating a great villain?

I’m convinced that the major factor in creating a great villain is philosophy. A person’s philosophy on life drives them to do what they do. The Dark Knight presented on of the greatest villains of all time in an even more effective way than he has ever been presented before. The Joker could have been written as just a crazy psychopath, but instead Christopher Nolan decided to give The Joker purpose.

The Joker displays the philosophy of anarchy. He disrupts order and forces others to take action. Often putting people in positions to make tough decisions. The Joker is essentially doing a study on human emotions by implementing anarchy. The fact that he has a motive/belief makes him an effective character. He has depth and although his actions are extreme the viewer on some level understand his belief and philosophy. 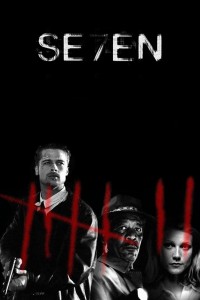 The other film I decided to watch is Se7en. One of my favorite films of all time and the villain, John Doe, is incredibly interesting. Again in lieu of being just a crazy psychopath, John Doe is a “extreme righteous killer”. He believes in the idea of sin and uses extreme measures to punish people for their sins. John Doe acts as the mirror to show people their despicable ways. Again his philosophy works as his motivation for his actions.

It’s my belief that creating an antagonist with a strong philosophy or belief will create a more compelling character. With a strong antagonist, the protagonist will be forced to take action. Therefore, the actions your characters take will have more meaning. This revelation had made me rethink my way of writing and I hope it was helpful to you to.