Studying film and the great individuals who create in this medium will without a doubt bring to light that there is no rules in filmmaking. Studying others and studying myself has put me in an interesting position in regards to film and film language. I find myself being very contrary to some of my favorite artists while simultaneously agreeing with them completely. It’s this lovely contradictory area I’m trapped in.

The idea of the cut is preached by many masters of the medium. Hitchcock often talked about the cut and juxtaposition of them to convey an idea. There is a famous test where he shows that the cut can manipulate and change the way the audience feels about what’s going. David Mamet also talks about the cut heavily. The cut is definitely a philosophy many has subscribed to.

On the other side of the spectrum, holding onto a shot is also done by many. Many foreign films has covered entire scenes by just locking down a camera and holding on a shot. Holding on a shot can help the audience study what is going on, letting their eyes glance around the frame. However, studying myself I discovered I don’t favor either of these philosophies.

The idea of the cut is very important, however, I find myself noticing the cut no matter how smooth it is. This reminds me that I’m watching a movie. I’m not quite sure how much the audience can notice this, but limiting it is my goal. On the contrary holding on a shot can be uninteresting and although letting the audience’s eye wonder around the frame can be effective, I much prefer directing the eye.

Developing my own style I noticed what satisfies me the most is the middle ground. I prefer connecting cuts in one shot with camera movement. This allows me to direct the eye like cuts do, but also avoiding the cut that triggers my eye to remember this is a movie.

In my short film It Rained on Tuesday, we have several shots that are cuts linked together by camera movement. In this example we start on a close up of the cups being filled then we land on a dirty two shot and end on a closeup profile. How did I come up with this? First on my shot diagram I place cameras in the areas I need to in order to cover what I want. In this case I needed a camera showing the glasses, a camera showing Troy walk over to his wife, and a camera showing both in a two-shot that can also become her close-up. Next I just linked the shots with camera movement and the entire scene was covered just like that. 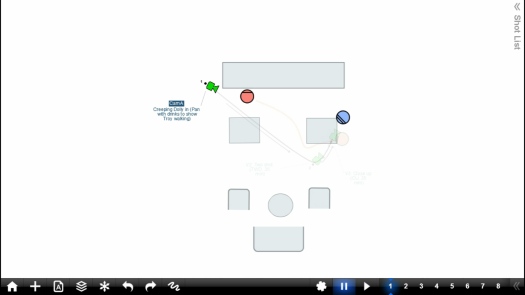 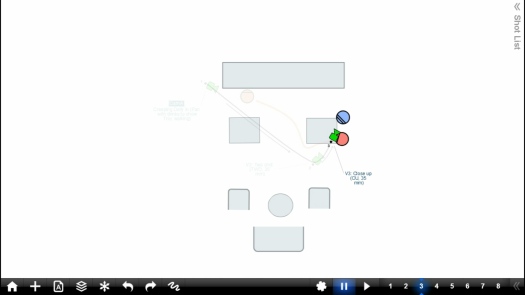 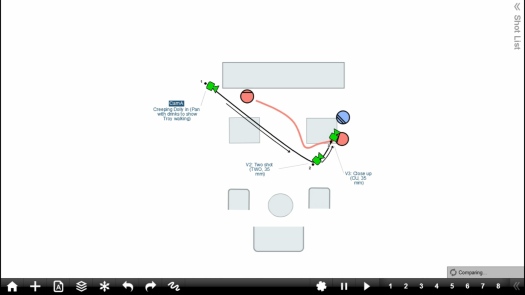 This seems to be the direction I’m going in my career because it satisfies me when I see then results. Now of course I still put into practice the philosophy of the cut, but the linking of cuts is slowly becoming my bread and butter.

In this shot in our upcoming short film Despondent we start on a medium of a character playing the guitar, he hears his roommate enter, and he gets up to make coffee. He hands his roommate a glass and sits across from him as we land on a dirty over the shoulder.

In the short film by Gatelock Productions I DP’d, Torn, we put into practice this idea of connecting cuts. We used several of these connected shots as spines for the entire scene and only cut away when we needed to. This cut down on production time and made us more efficient and effective. I believe the style was more cinematic to me as well.

By no means am I master of this, but I intend on perfecting it. Shots such as this in There Will Be Blood,  is so simple but effective because in my opinion they avoided actually cutting but instead cut with camera movement.

I truly feel this is cinematic and visually pleasing. Start analyzing yourself and figure out what your style is.  Our style is our voice and calling card. However, always remember to make sure what you do fits the story. Follow me on twitter and check out Flopitworks Productions on youtube, twitter, and vimeo.

One Reply to “Developing a Cinematic Style”