When DSLRs became widely available and independent filmmakers started using them to tell stories, the community was fascinated by the ability to create shallow depth of field. Shallow depth of field is when an object or subject is in focus but the background isn’t. 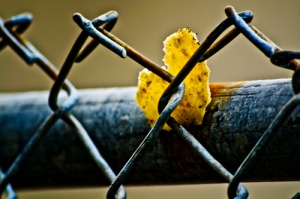 I fell into this fascination as well. Putting objects and people in focus but blurring the background. Why not? Isn’t that what they do in movies? Well the truth is they do but not as severe. The community became carried away with this technique, myself included. This isn’t to say extremely shallow depth of field isn’t useful. In commercials you see it all the time mainly because they want your attention completely on the product.

In this post I wanted to talk about what I feel is cinematic depth of field. Watching several movies I’ve noticed that majority of films don’t let the background blur out completely. In fact the background smooths out like butter. Films do this because they want to direct your eye but also need to uphold depth. Letting the background completely blur out will render the background useless and you won’t get a sense of the world the character is in. Extremely shallow depth of field seems to be reserved for insert shots or what I like to call detail shots (I will be making a future post about the difference).

So how do we accomplish the “cinematic depth of field”? It’s pretty simple. You want your background to gradually blur out. In my test conducted while shooting Killer Trivia, I’ve came to the conclusion that shooting at f4 or f5.6 gives the best results. Of coarse this will change in different situations but it works in most. Here are some screen grabs taken from Killer Trivia showcasing the gradual blur. Majority of the film was shot at f4.

Depth of field is one of the key ingredients for directing what the viewer sees. Watch as much films as possible and look at how they use this technique. Making the DOF extremely shallow was and is a fad that we must leave behind. Depth of field should be a conscious decision that is justified by the story.

What have you noticed about the use of depth of field in movies and the independent film community?

One Reply to “Quick guide to cinematic images part 2: Depth of Field”